What I Learned From Watching the 2012 Olympics 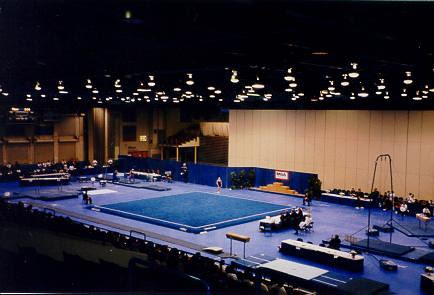 Well, eight months later and a completely busted New Year's resolution to blog once a week, here I am. I'm not making any promises about writing regularly because I don't want to break them. But for now, I thought I'd share my recent life lesson--what I learned from watching the Olympics.

To preface, my daughters, four and two, watch a really limited amount of TV. There are only a handful of characters that they recognize, and when they watch TV, it's either a DVD or something selected off of Netflix. For example, my girls both learned about Micky Mouse at church before they did at home. My two-year-old doesn't really watch anything for more than five seconds, so she recognizes even less. She is in the stage of mimicking EVERYTHING her older sister does and says; so she can race to the TV with the best of them and starting yelling out, "I want watch, I want watch, I want watch, ummmmmm, THIS one" and pointing to the selection on the Netflix menu. Five minutes later she's wrapped around my feet while I'm trying to prep dinner, and she's begging with those big blue eyes, "Mama, hold you," which means, "Pick me up." But I digress.

So when the Olympics began, I broke all the house rules and dragged our only TV that works with an antenna into the living room, and NBC was constantly playing in the living room. My older daughter really enjoyed watching the different sports, and her favorite game was spotting the USA flag in the lineups before and after the competitions. About a week into the games, I heard her teaching my younger one to cheer, "Say it after me, U-S-YAY. U-S-YAY!" I tried to correct her, but I guess it really wasn't that far off. My two-year-old started out yelling USA! but she usually switched to "Go Pokes!" somewhere along the way. Can you tell my husband is a cowboy fan?

Overall, I really liked the exposure my daughter got to the different countries, especially their different flags. I also liked that she was introduced to a lot of new sports she has never seen or heard of before. And it was fun cheering as a family for team/player to win.

BUT, when the closing ceremony ended, I was more than happy to pack the TV back up. I just felt like a weight was lifted when that thing was out of the living room. There were many reasons I was reminded why we don't watch TV:

1. The commercials. Yikes. "Primetime family time" yet there were some really scary or really sexual commercials. I didn't think much of them at first because I didn't even think my daughter was paying attention, but then one day a friend was visiting and a promo for the new sitcom GO ON started. My daughter turns to her friend and says, "Watch this. It's so hilarious. This guy screams his head off." What? She has it memorized? Ugh.

2. We didn't get anything done. We didn't go outside (granted, it was over 105 degrees most days), we didn't talk, and we didn't read very much. All quality time was eaten up with TV time.

3. The role models. My daughter walked away with Gabby Douglas as the most recognizable face from the Olympics. We were grocery shopping, and and my daughter saw Gabby's face on a magazine and said, "There's that gymnastics girl!" Okay, she didn't even get her name, but still... If just a few hours of Olympics makes a formerly complete stranger recognizable to my daughter, no telling which other faces are going to start sticking in her head, making her want to learn more about them, and ultimately, wanting to buy whatever they're selling (not just products but attitudes, definitions of modesty, definitions of femininity, etc.)

And to touch on just one more soap box concerning the Olympics... I don't know that there's an answer to this in the world that we're living in, but... Doesn't it seem like we've completely strayed from the celebration of athleticism and discipline and national pride, and turned this into a grotesque competition where families are ripped apart by the physical demands and money strains that training to become an Olympian require? It rubs me the wrong way when I see someone's family sacrificed for that person's success. Is that really success?

Soap box over. What did you think of the Olympics this year? Did you have the games playing constantly in your house? Any lessons learned?

Thanks for sharing these musings about the Olympics. We don't have a tv so we watched specific events on the BBC website (no commercials-hurray!). Right away we were amazed that our kids were rooting unprompted for team GB! Our back yard became the Luehrmann arena where they did gymnastics, synchronised swimming, archery and athletics. And of course this had to be followed by a medal ceremony. All in all we had great family bonding time watching and acting out the Olympics as well as realising how British our kids are!

Joy
Tulsa, OK, United States
I am an editor. I do not work with a red pen. I do love grammar. I do not edit your grammar when you comment or write to me. I'm a nerd, and I'm proud of it. I'm also a wife. I'm a mom of two young girls. I'm a sister, a daughter, a friend, a confidant. I'm constantly striving to be healthier and facilitate a healthy environment for my family. I love to write. I believe readers are leaders. I also believe if you aim at nothing, you'll hit it every time (i.e. I'm a firm believer in written goals). I love to travel (I even spent two years teaching English in Japan). I'm a WAHM. I love to cook. My blog is your window into my world. I promise there is a lot more than red pens in it.